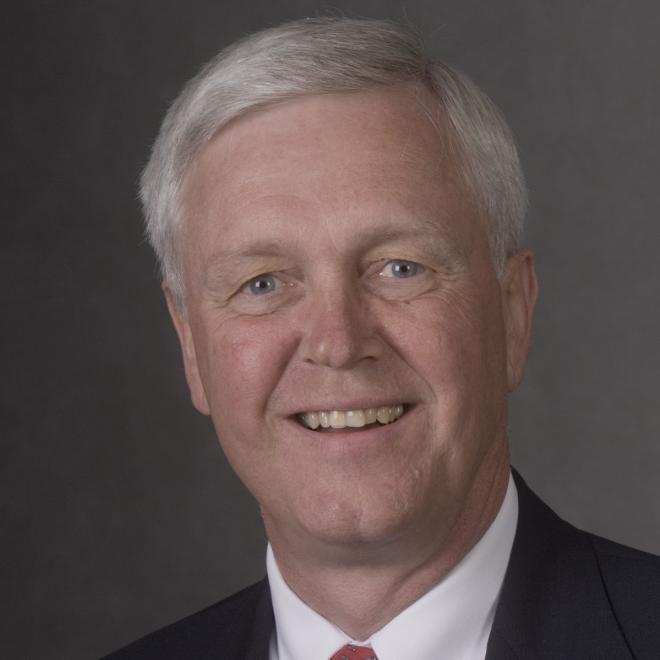 Christopher Atchison has served as the director of the State Hygienic Laboratory, the Associate Dean for Public Health Practice in the College of Public Health, and is currently emeritus clinical professor in Health Management and Policy, as well as holding secondary appointments in the College of Nursing and the Public Policy Center.

Atchison is on the Iowa State Board of Health, Chair of the Advisory Council of the Iowa Safety Net Collaborative, and member of the Iowa Department of Public Health’s Public Health Advisory Council. At a national level, he is a member of the Executive Committee of the National Academy of State Health Policy and serves on the Program Integration Coordinating Committee of the American Heart Association.

Previously, Atchison was director of the Iowa Department of Public Health (1991–1999) and inaugural chair of the Iowa Child Health Insurance Program (S-CHIP). He was vice-chair of Healthy Iowans 2010, the Long Term Care Coordinating Council, and was a member of both the Governor’s Health Care Reform Task Force and the Iowa Empowerment Board. He was Secretary-Treasurer of the Association of Public Health Laboratories from 2014-2017.  In 1998 he received ASTHO’s Arthur T. McCormack Award, in 1999 the Iowa Medical Society’s John T. Sanford Award, in 2009 the Damen Award from Loyola University Chicago and the Underserved Champion from the Iowa/Nebraska Primary Care Association and in 2016 the Henry Albert Award from the Iowa Public Health Association.