Evaluation of the Iowa Wellness Plan (IWP): Member Experiences in 2016

The findings in this report represent survey responses about the health care experiences of Iowa Wellness Plan (IWP) members two years post implementation. Since the last survey report, two events occurred that impacted the structure and administration of the IWP and subsequently could have had an effect on IWP members’ experiences:

Key Characteristics of the IWP population 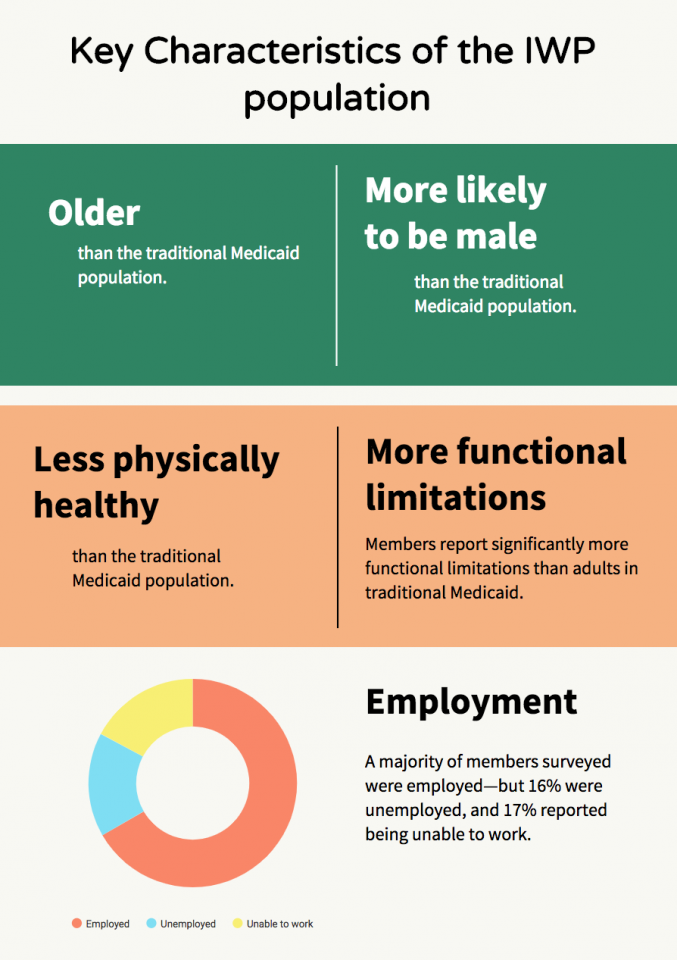